While cycling the last few years has become increasingly popular as a mode of transport in Kalmar, many people are hesitant to leave their bike unprotected even over the day in central parts of the city. Even fewer will leave their bike overnight and almost no one will leave their bike for a weekend. Kalmar wanted to address this challenge by introducing a mobility point at the central station, offering a safe bike storage in a transparent, two story bicycle garage. The garage offers many add-on perks for its members, such as temporary lockers, bike service station, free Wi-Fi and a charging station for cell phones.

As an opening offer cyclists can sign up to use the garage for free during one month, in return of answering a short survey, meant to assist the municipality in improving the mobility point and the cycling infrastructure even further. Despite less commuters, due to the Corona virus, the bicycle garage has been well received.

The bicycle garage has been partly funded by cities.multimodal.

Video (in Swedish) showing the bicycle garage and how to use it.

Find out more: https://kalmar.se/cykelgarage (in Swedish only) 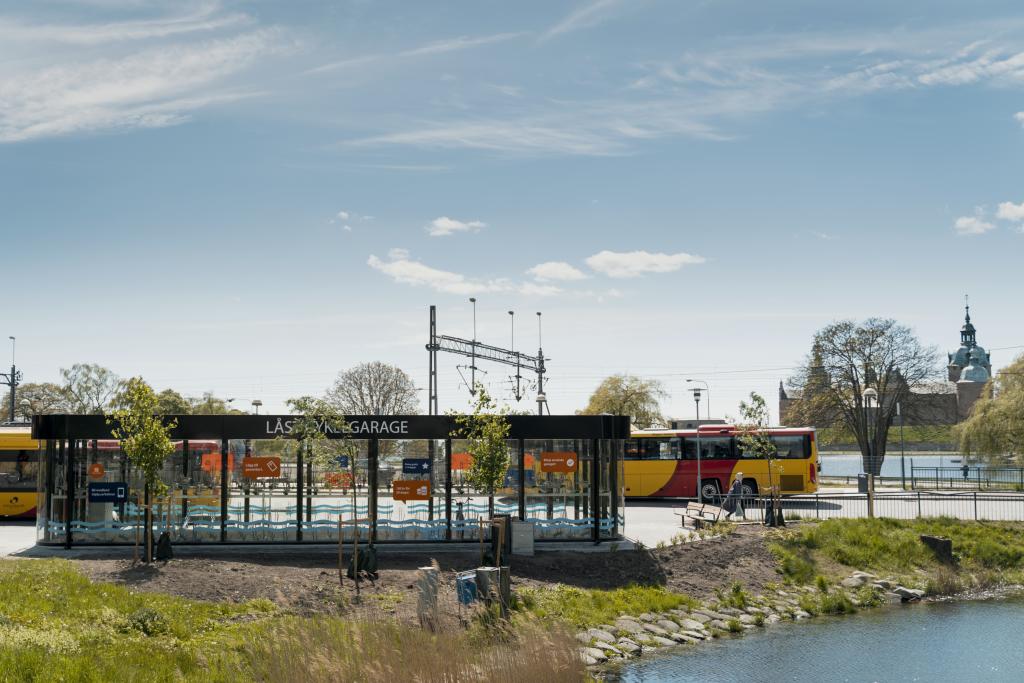