Guldborgsund Municipality has chosen to work with two pilot areas (1) Nykøbing Inner City of approx. 1 km², which includes the train main station and (2) the campus area where three youth education institutions and one large primary school are located.
In the inner city there is a clear need for conversion to increased use of bicycles and local bus. The situation is similar for the campus area where it is necessary that more young students use bus or bicycles instead of own private cars and that more primary school pupils use school bus or bicycles instead of being transported by their parents.

In dialogue with citizens in Nykøbing and the educational institutions Guldborgsund Municipality is analyzing the specific needs in the two pilot areas and will develop solutions based on proposal and ideas from citizens. In this way we hope to develop more smooth, safe and less polluting city traffic. Guldborgsund Municipality staff also participates in international study tours, peer-reviews and project meetings to benefit from the international cooperation in Cities.multimodal project. 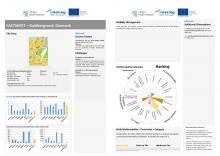 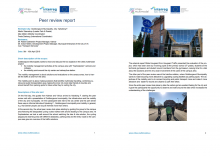 About cities.multimodal and Guldborgsund in Danish