The Living Streets campaign took place on the last week of June 2019, in connection to the European Mobility Week and culminated with the public display of the new buses, a celebration of change and a ‘thank you’ to the previous service provider.In the preparation and planning phase of the Living Streets event, a number of local stakeholders were contacted. The program was developed in cooperation with Tartu Art Museum, Tartu Electricity Theater, HaleBopp singers mixed choir, Tartu Vanemuise Theater, Tartu University, Tiigi Culture House, Museum of Estonian Literature, Tartu 2024 Culture Capital leadership group and various landscape architects.

A part of Ülikooli Street in front of Tartu Vanemuise Big Theater house and Vanemuise-Ülikooli crossroad were transformed into a pedestrian zone with street furniture, a sand box and seesaws. A 3D street painting of singers was created on the side walk commemorating 150 years of the first song festival in Tartu and Estonia. 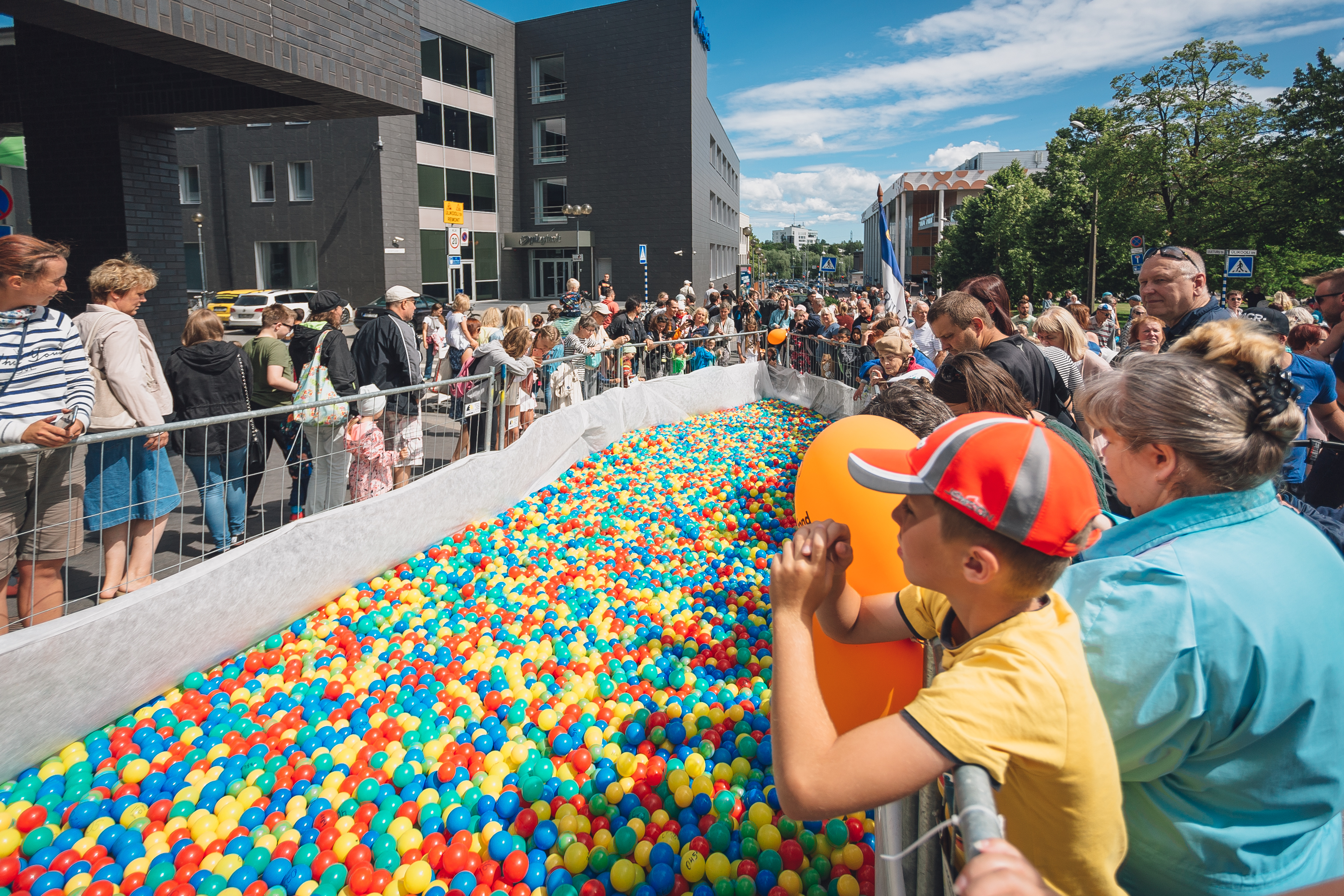 The campaign kicked off with a silent disco. It was followed by book fare with more than 70 Tartu writers selling and signing their books. Friday night was devoted to an open-air cinema event showing of karaoke version of Grease. The movie showing was presented as a sing-a-long event with HaleBopp Singers mixed choir providing support for the guests. The main event of the campaign was the presentation of Tartu’s new buses. It included six different thematic buses including music bus, poetry bus, science bus, travel story telling bus, quiz bus and an information bus. At the same time a charity ball race took place on the Vanemuise hill with benefits going to the Tartu University Childres’s Fund for the purchase of a walking robot. 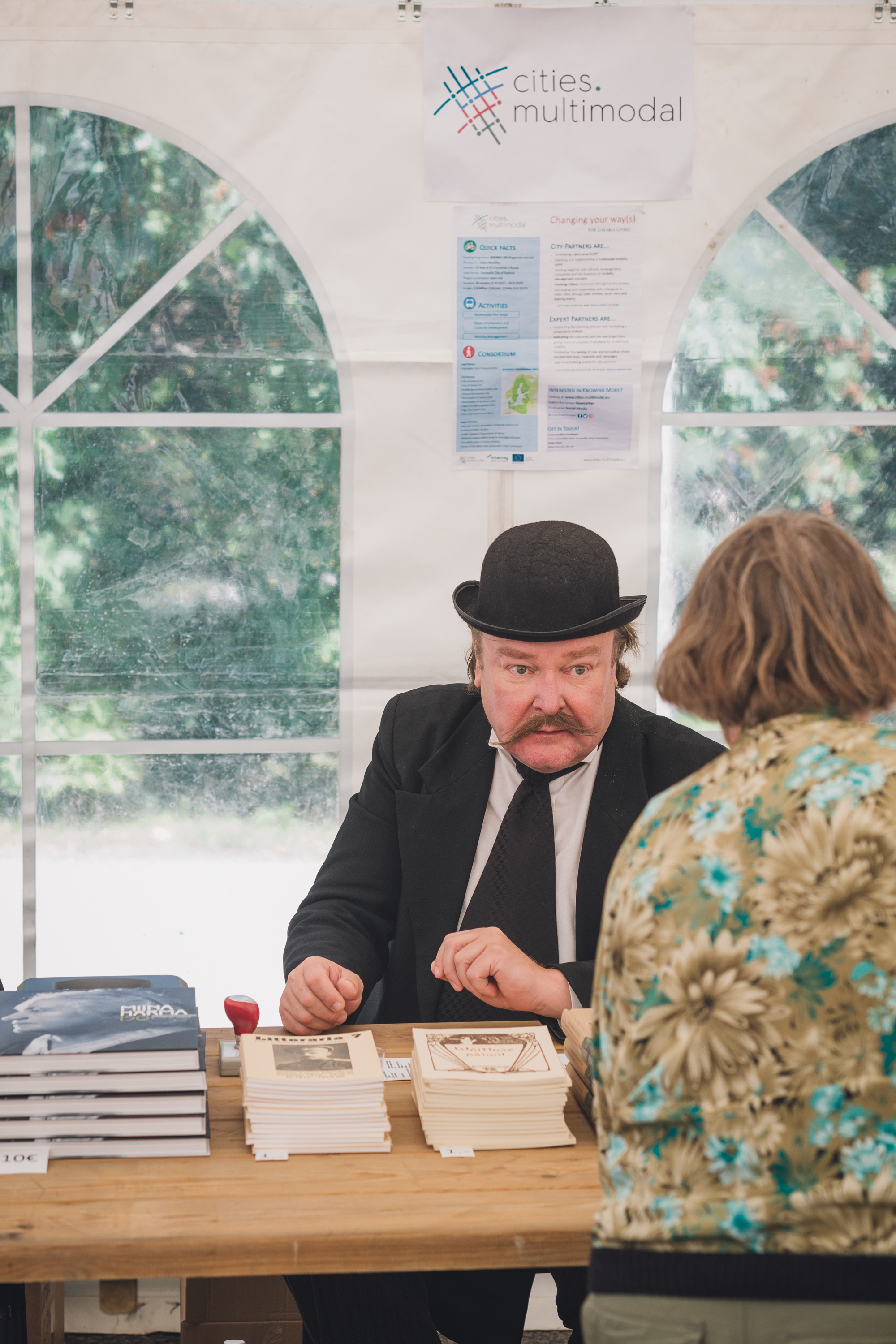 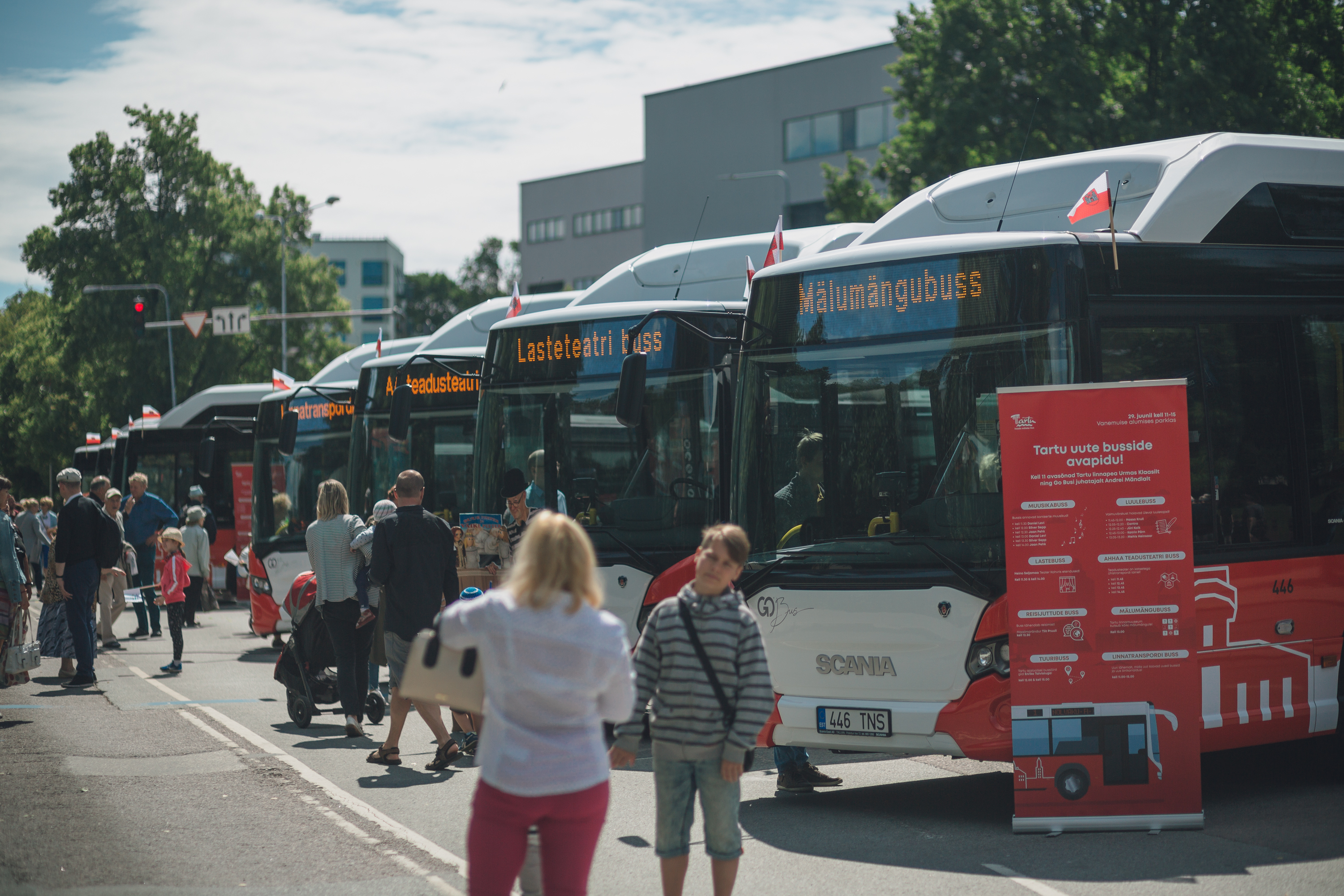 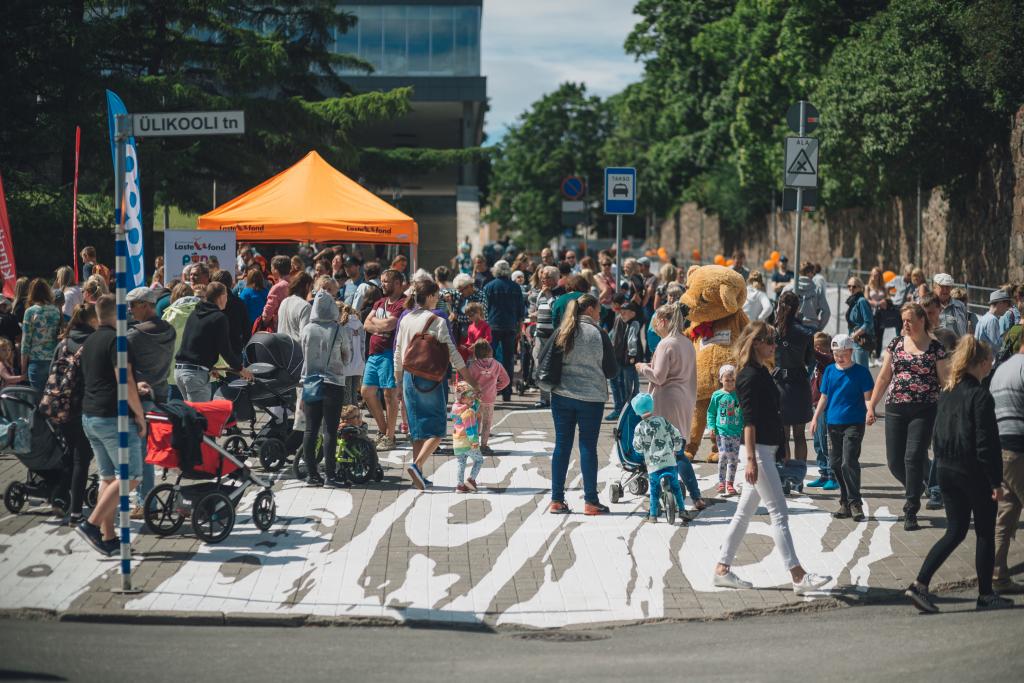